At the April 2005 International Police Foundation Conference in Los Angeles, LAPD Chief Bratton said: "There is no police department in the country that has all the funding it could use to effectively fight crime and protect the people."

The Foundation is patterned on foundations that have been formed in other communities, notably New York City, where a close and active public-police partnership has enhanced public cooperation, educated the public about safety issues, and assisted the police force in improving public safety and security. These organizations have found that by promoting civic interaction with the police and helping to supplement governmental resources, public participants better understand the work of the police and become "invested" in public safety.

Why Do We Need A Police Foundation? 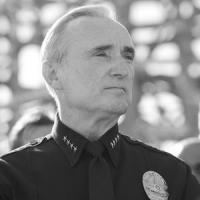 “There is no department in the country that has all the funding they can really use. We all like to know that our efforts are recognized. Police morale increases when the community shows that it cares and appreciates their work and service. The Chief can state the need, but he’s not in the position to ask for private funding. That’s where the police foundation comes in. The Police Foundation, as a representative of the Community, says to the officers of the Department: We’ve got your back. Meaning, “Thank You” and “We’ll be there to assist, cooperate, and help you get the tools you need.” The Police officer’s job is one of the most dangerous, stressful, noble and important in our society. Our citizen’s quality of life is directly affected more by the work of these men and women than by any other public servant.” 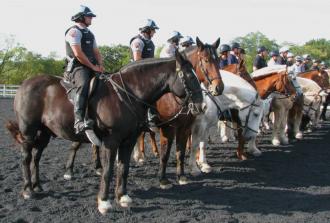 tnership of the County, the City, the business community and our Lancaster City Police Foundation came together to provide the Lancaster Police over three million dollars of additional funding over three years to fully-staff the City force. Chief William Heim formed a volunteer citizen auxiliary to serve in clerical positions to get more officers on the street. These measures boost City Police manpower and enable it to implement plans to further reduce crime in the City. Their goals are to further reduce violent crimes as well as cut property and nuisance crimes in the City – and they are having success. And that success results in better quality of life and higher property values.

While our neighbors in the City are stepping up to their responsibilities and putting the “heat” on criminal activity, it is not the time for those of us who reside outside the City to take a step back. Our challenge is to support these efforts and keep the pressure on the criminal element. At this time of renewed community investment in public safety problems, we all have a role to play.

A safe and secure Lancaster City is vital to everyone in the County. It affects those of us who work, shop and attend functions in the City. It affects the safety of our families who go there. It affects our property values. It affects businesses looking to relocate here and create jobs for our young people.

We need the help of everyone “invested” in the public safety of the City to keep moving forward, and we appreciate the generous financial support of those who have contributed to the Foundation.